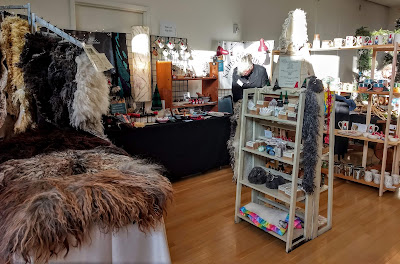 I had a great time at the American Swedish Institute's annual Christmas Market, Julmarknad, last weekend. Thanks to everyone who stopped by the booth, the staff at the Swedish Institute for all their help, and all the other vendors who were so kind and supportive. It's a really nice family event complete with photos taken with the coolest Santa ever. 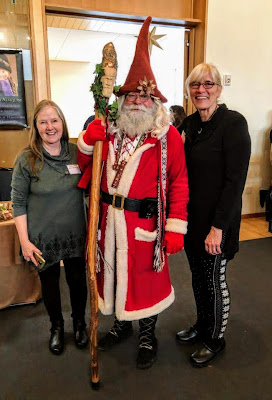 I hope to return again next year with Sue Flanders of Kilns of Flanders. She is the best booth partner! 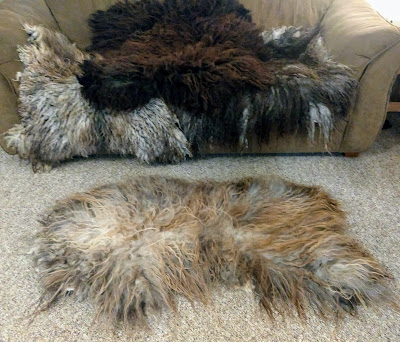 I sold quite a few of my Felt Pelts, thanks so much to all who purchased one (or two!).  I've posted the ones I have left on a new tab on this blog, Pelts for Sale. I accept PayPal or credit card payments and can ship them out in time for gift giving. The sheep are busily growing more wool and I'm looking forward to doing their fleeces again next spring/summer. 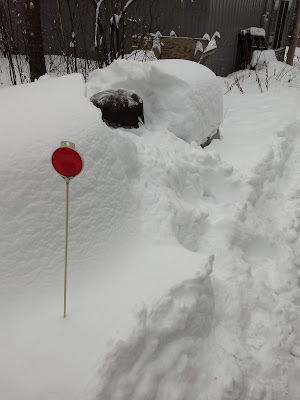 We've had a lot of snow which the sheep don't mind at all. But it's kept Sid and I busy shoveling and plowing. And the cover on the turkey pen is sagging dangerously. I was so involved in Julmarknad, I forgot all about my T-Post/Tarp hoop house since the sheep aren't using this winter and it caved in. 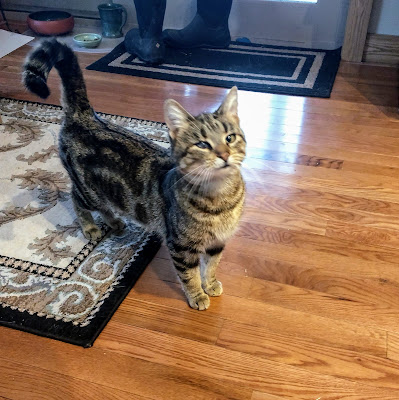 We adopted a kitty that came around in heat. All of our male cats are neutered, but we were surprised that they accepted her. They usually run off any intruders. She was shy and wouldn't let us get near the first time. Then a couple weeks later she was back. This time she ate the food we put out for and even came in the house. When she stayed in the house overnight we figured we had a new cat. So I made her an appointment to be spayed before she came back into heat. 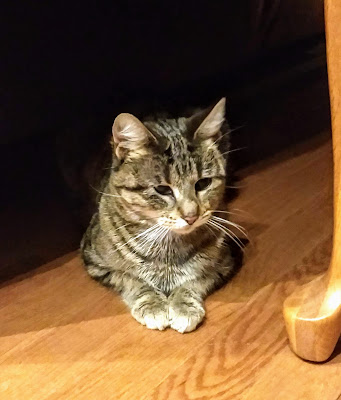 She had her surgery on the 10th and it was then that we found out she had punctures in her spleen. Some of which were still bleeding, so they sutured them up. The poor thing must have had some blunt force trauma to cause those internal injuries and the scratched cornea in her right eye. Now we have to give her eye medication which she hates. 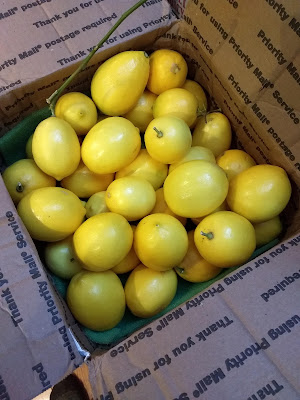 Thanks to our friend Bonnie in California, we have lots of Meyers lemons to enjoy. Yumm!
at December 14, 2019 No comments:

Julmarknad! at the American Swedish Institute in Minneapolis 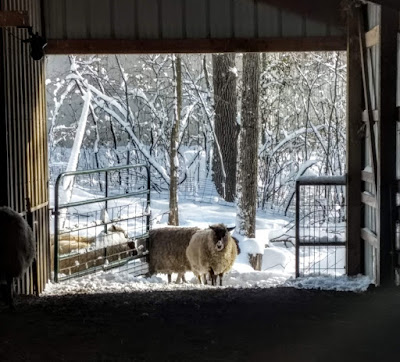 We got over a foot of snow this weekend, there was a lot of shoveling to do, but it looks like a winter wonderland out there. 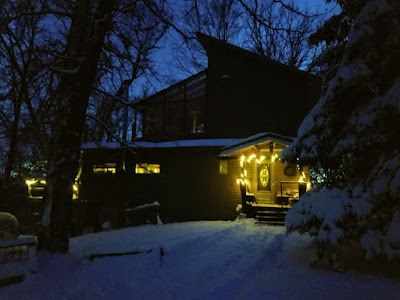 The snow comes just in time for the American Swedish Institute in Minneapolis' annual Christmas Market (Julmarknad) this weekend. I will be there, sharing a booth with my friend, Sue Flanders (Kilns of Flanders pottery). We had a great time last year and are excited to do it again this year. The weather forecast is good, no snow until late on Sunday. Yes! 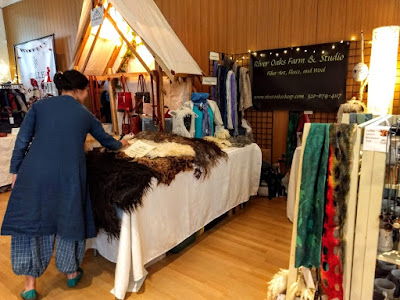 I've got over twenty felt pelts to sell. This includes several of my Gotland cross lambs' fleeces and some large Icelandic fleeces, imported Spelsau fleeces with LONG locks, and a huge white Dalesbred fleece. 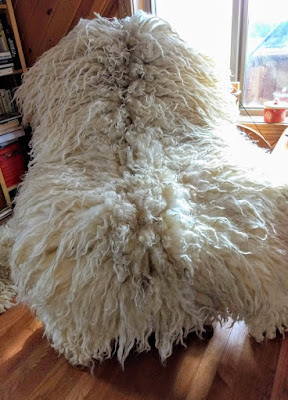 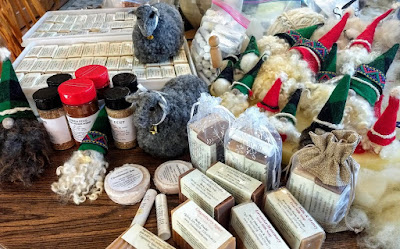 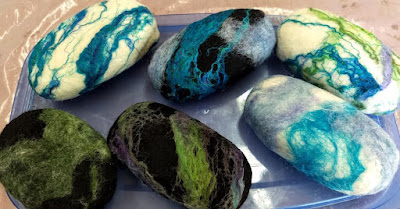 If you're in the area, Sue and I would love to see you at the Swedish Institute in Minneapolis this weekend, Dec. 7-8. There will be lots of activities and vendors, a bake sale, and of course, the beautiful Turnblad Mansion exhibits to explore.
at December 04, 2019 No comments: