Twins for Smokey, hay for winter, peafowl, and classes


Sure enough, Smokey had her twins while I was teaching up in Grand Marais. They are already a month old and still very black. 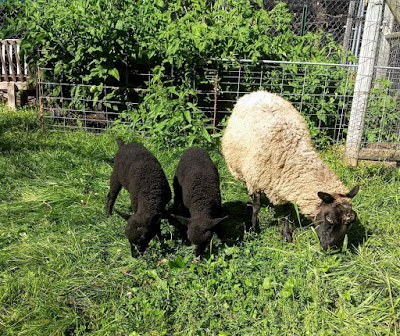 She delivered without any problems, thankfully. My son, Matt, did a great job getting them settled in. Thanks to my neighbor, Denise, who came over and made sure all the lambing protocols were followed: jug the family; clip (the cords), dip (the navels in iodine), and strip (the wax plus from the teats); and some Karo syrup water and good hay for the new mom. 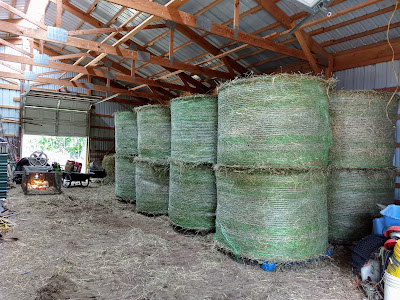 We got 16 big rounds in the barn yesterday. It feels good.  We're hoping to get another ten. Then we will be good for a whole year. 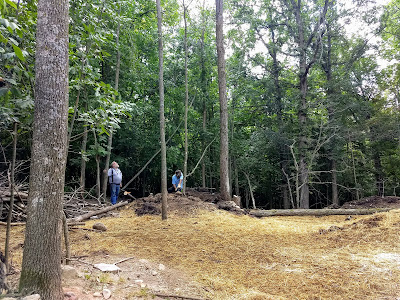 We are looking into Silvopasture. We have woodlands, not pasture. So we need to convert our woods into pasture, which involves clearing and getting some grass to grow, but still leaving trees. Sid and I are signed up to take a workshop in mid-September. But in the meantime, we've started clearing a bit of land east of our barn. 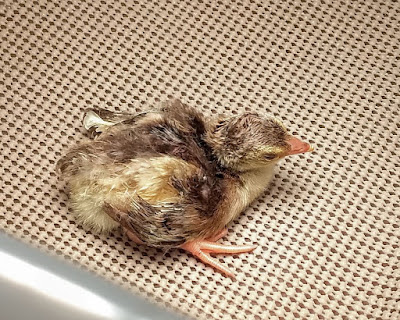 We hatched a peachick in July, it was so cute. 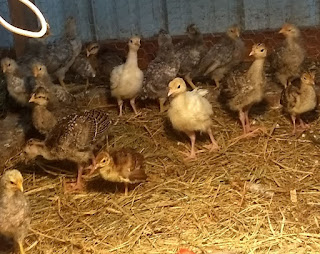 But fox problems necessitated overcrowding in the chick pen and our precious little peachick died.  We were heartbroken. He was such and intrepid little bugger.  That's him in the foreground above with turkey poults and chicks. 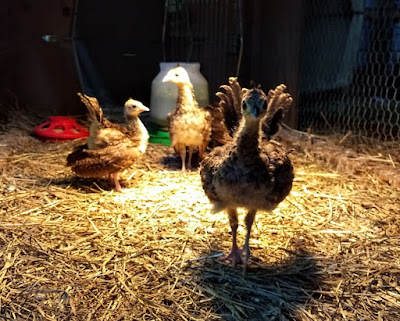 We went out and bought four more, because we were bitten by the peafowl bug. They are shown above at about 4 weeks old. Shortly after we bought them, the friend who gave us the original egg we hatched, gave us 5 more eggs. Four of them are good and due to hatch over Labor Day weekend. So we could have lots of peafowl if all goes well. They are so pretty. 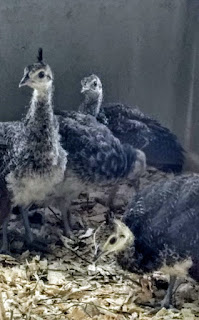 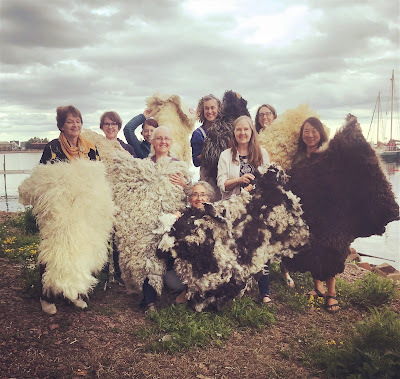 I taught a couple more felted fleeces classes. One at North House Folk School in July and one at the American Swedish Institute last weekend. So fun! 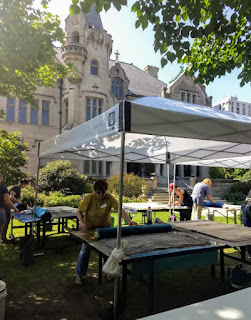 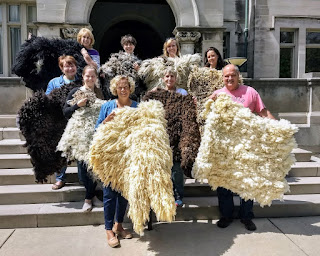 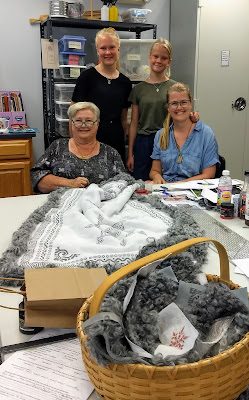 Because I was teaching, I wasn't able to take the Skinnfell class taught by Britt Solheim of Norway and her daughter at the Vesterheim Musem in Decorah, Iowa. However, I was able to take their Making Small Sheepskin Items class. It was great! We made lots of things over four days. 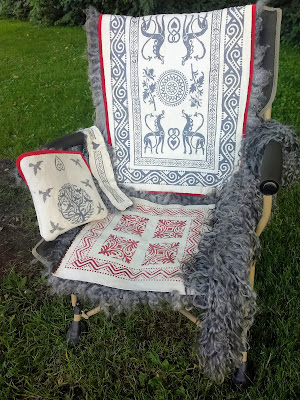 These are stitched and wood block printed on beautiful soft sheepskins tanned in Sweden. I bought two large Gotland skins to work on a large skinnfell at home. Sid and I invested in a desktop CNC machine so we can carve custom wood blocks. 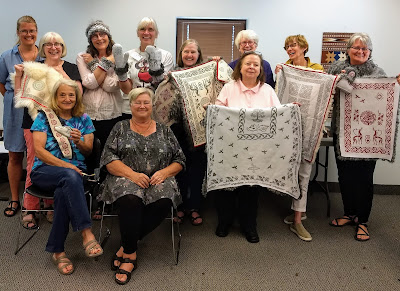 What a nice town and what a great class! 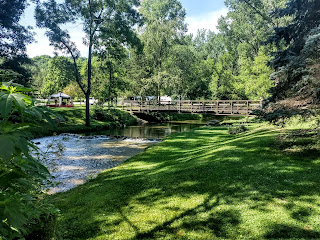 Sid and I camped nearby at the Pulpit Rock Campground.  Such a beautiful setting. 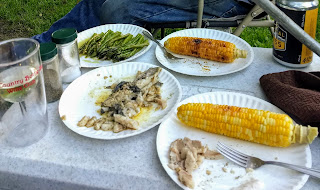 Sid fished for trout while I was in class. They were delicious with some locally grown corn on the cob. 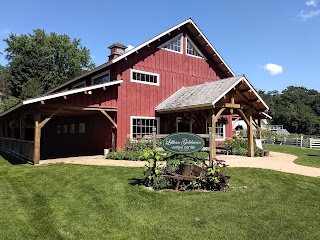 We stopped at Seed Savers on the way home. We definitely need to go back and spend more time there. 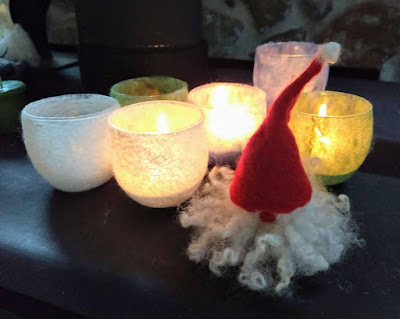 I just found out that I've been accepted to the American Swedish Institute's Julmarknad again this year! I'll be sharing a booth with my potter friend, Sue Flanders. It's time get started on my felted Tomtes!